Set in the not-so-distant future, the internet has grown to the point where people now hook themselves up to it, and live out their lives without ever having to go back to the real world.

In this online world, we’ve created a world that depicts the future we have always imagined. Massively tall buildings that scratch at clouds, flying cars, amazingly quick transport. Sounds pretty great, huh? Well, one person doesn’t think so. And that would be our hero. Sam Wyerznowski.

Sam here,  Sam was originally part of the creation of this online world. However, none of that matters to him now. Sam only wants to redeem himself in the eyes of his long term crush. Katie. Something that looks nigh impossible thanks to Sam’s previous interaction with her.

Not only that, but Sam has recently been on a leave of absence, or what some people are referring to as a “forced retirement.” This retirement was brought on by events completely in Sam’s control. And I mean completely.

Yet, when one of the research facilities of Sam’s previous employer, Ms. Teller, is attacked, she has no choice but to turn to the one person who can help her. That person was unfortunately unavailable, so now she is stuck with Sam. Can Sam shake off the rust in time to survive this whole ordeal? Will he get a shot to prove Katie his worth? Or is he about to discover the problem he’s stumbling into is much larger than he could have ever imagined? (Spoilers: it is!)

There’s one more chance to re-connect. 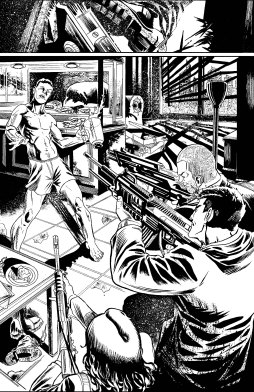 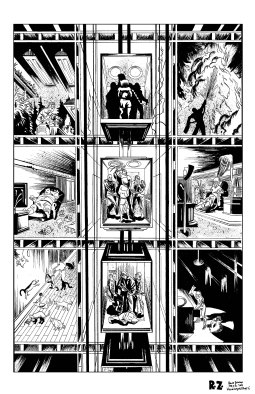 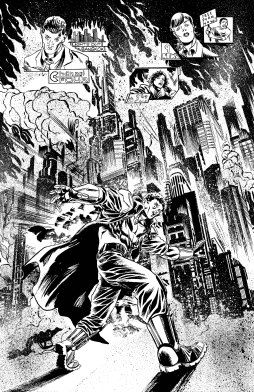 Check out the series on our Gumroad store. Or sign-up for our newsletter to get a free digital copy of issue #1.

Check out the faces behind Hard Wyred! 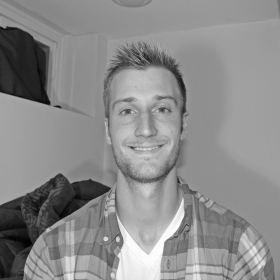 An aspiring secret agent, Erik has taken to building false realities inside his head of how awesome it would be if he were a secret agent. Or a super hero. Or a good cook (he’s working on it). From those wacky day dreams, spawned characters and storylines, and from those (among other things), arrived Hard Wyred. Now looking forward to literally bringing those dreams into reality, he cannot be more excited to have you here reading this right now. Seriously, we worry about him sometimes. 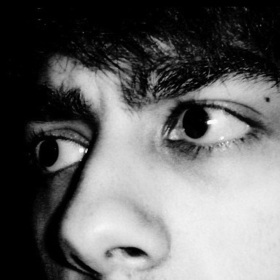 Ross Zucco is an unknown and skilled artist. A bitter and delusional young man, his future imperiled, following the path of a comic book penciler and inker. There isn’t much he likes, but if you’re at all good at street fighter and can make Exorcist/ Apocalypse Now references mid-joke, then you’re ahead. He is the creator of the entirely mean, vicious and excessive graphic novel, ‘Comedian’. With the aforementioned being crudely realized, Ross will create a reboot and sequel to Comedian, crafted in the manner always envisioned. 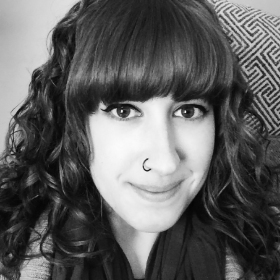 A graduate of Algonquin College, Morgan Dunbar has worked with Select Start Studios, Iversoft Solutions and as a freelance graphic designer. She specializes in branding, event posters, and mobile app design. She has developed a wide variety of design ninja skills to meet her customers needs. Morgan in her spare time works the comic convention circuit. She is a competitive cosplayers and sells the apparel line Geek Charming, which specializes in pop culture fandom t-shirts and clothing.